The Structural Heart Program at Bakersfield Heart Hospital offers innovative treatments for structural heart conditions. This usually means there is an abnormality in the heart that does not affect the blood vessels.

Structural heart diseases can be diagnosed at birth or occur later in life due to aging, infection or related conditions. Whether you have a heart valve disease or another structural heart condition, Bakersfield Heart Hospital has you covered. We provide the latest treatments available, including: 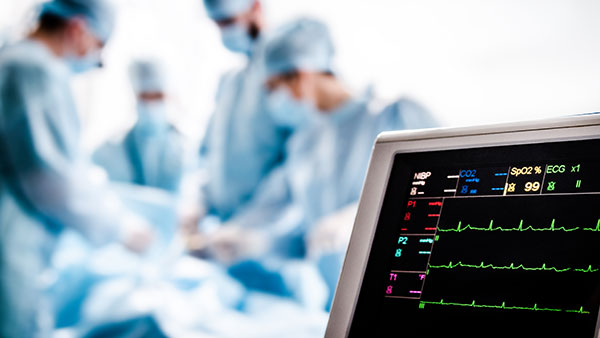 In healthy patients, the blood in the left atrium and left atrial appendage (the ear-shaped sac in the muscle wall of the left atrium) is squeezed out into the left ventricle of the heart. In patients with AFib, there is an increased risk for dangerous blood clots that can exit the heart during this natural process.

Bakersfield Heart Hospital is currently using the Watchman™ device, a catheter-based treatment for some people with atrial fibrillation (AFib) as an alternative to the lifelong use of blood thinners.

The Watchman™ implant closes off the left atrial appendage so that harmful blood clots will not form or enter the bloodstream. This reduces the risk of stroke and other complications.

The procedure typically takes about an hour under general anesthesia in the electrophysiological laboratory.

Your surgeon will measure the left atrial appendage to determine which size Watchman™ is right for you. Your doctor will make a small puncture in your upper leg and insert a narrow tube similar to a stent procedure. The Watchman™ device will be inserted into to the left atrial appendage. The procedure itself is painless – you will be fully asleep.

Recovery time is minimal. Most patients leave the next day. You will continue your blood thinner for roughly 45 days or until your left atrial appendage is fully closed from the procedure. Your doctor will monitor your recovery process and determine when you can stop taking your blood thinner, and/or other medications or restrictions.

For more information about the Watchman procedure Click Here

The mitral valve acts as a one way gate between the upper and lower chambers of the left side of the heart. When the mitral valve leaks, as in severe mitral regurgitation, it causes a backward flow of fluid in the heart. Common symptoms include severe tiredness, shortness of breath with activities previously completed with ease, shortness of breath when you lie down, dizziness, cough, and/or swollen legs or feet.

Bakersfield Heart Hospital is using the Mitraclip™ a catheter – based delivery system to repair the leakiness of the mitral valve for patients that are high or prohibitive risk for open heart surgery. It uses a device which looks like a “T” in order to pull the leaflets of the valve back to the position that you were born with, without the need for open heart surgery. Our team of interventional cardiologists, cardiothoracic surgeons, and echocardiographers will work together to evaluate you for this procedure.

Without removing the leaky damaged valve, the Transcatheter Mitral Valve Repair procedure involves placing the clip on the mitral valve via a catheter in the cardiac catheterization laboratory. In order to do this, a small puncture is made in your groin to allow the catheters to go up into your heart. This procedure is done under sedation with the assistance of ultrasound of the heart.

For more information on the Mitraclip procedure Click Here

Transcatheter aortic valve replacement (TAVR) is an innovative treatment for aortic stenosis – a condition caused by a narrowing of the heart valve that allows blood to exit the heart. Common symptoms include chest pain, feeling short of breath with activities completed previously with ease, difficulty walking long distances or up steps, and/or having episodes of feeling dizzy or lightheaded.

TAVR uses a catheter-based delivery system to place an expandable heart valve into the body through small openings in the groin or chest – without the need for an open heart surgery. Our team of interventional cardiologists, cardiothoracic surgeons, echocardiographers, anesthesiologists and radiologists will work together to evaluate you for this procedure.

One study, published in The Lancet, describes TAVR as the preferred treatment alternative for people who have otherwise been deemed inoperable and unable to undergo open surgical valve replacement. Researchers found that the procedure revealed optimal results, including a low, 11 percent rate of hospital readmission after the procedure, a 12 percent rate of needing a pacemaker after the TAVR procedure, with a shorter hospital stay of about four days on average. Of those involved in the study, 94 percent felt symptoms had improved and remained symptom-free after one year.

Without removing the old, damaged valve, the TAVR procedure involves placing a replacement valve into the aortic valve’s location through a catheter. Performed through very small openings, the TAVR procedure can be performed using one of four different techniques:

To learn more about the TAVR procedure, Click Here

Atrial septal defect (ASD) is a form of congenital heart defect that enables blood flow between two compartments of the heart called the left and right atria. Normally, the right and left atria are separated by a septum called the interatrial septum. If this septum is defective or absent, then oxygen-rich blood can flow directly from the left side of the heart to mix with the oxygen-poor blood in the right side of the heart, or vice versa. This can lead to lower than normal oxygen levels in the arterial blood that supplies the brain, organs, and tissues. However, an ASD may not produce noticeable signs or symptoms, especially if the defect is small. 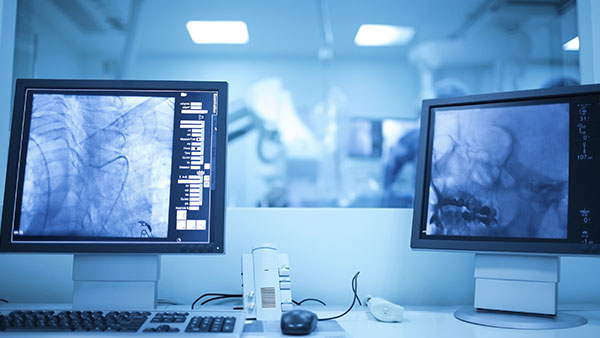 Abdominal aortic aneurysm repair is a procedure used to treat an aneurysm (abnormal enlargement) of the abdominal aorta. Repair of an abdominal aortic aneurysm may be performed surgically through an open incision or in a minimally-invasive procedure called endovascular aneurysm repair (EVAR). In the EVAR procedure, a stent graft (a fabric tube supported by metal wire stents that reinforces the weak spot in the aorta) is inserted into the aneurysm through small incisions in the groin. Endovascular repair of aneurysms does not require a large incision and has a substantially shorter recovery than the conventional open surgical approach. However, not all aneurysms are suitable for endovascular repair.
The surgeon first inserts a catheter into an artery in the groin (upper thigh) and threads it to the aneurysm. Then, using an x-ray to see the artery, the surgeon threads the graft (also called a stent graft) into the aorta to the aneurysm. The graft is then expanded inside the aorta and fastened in place to form a stable channel for blood flow. The graft reinforces the weakened section of the aorta to prevent the aneurysm from rupturing.